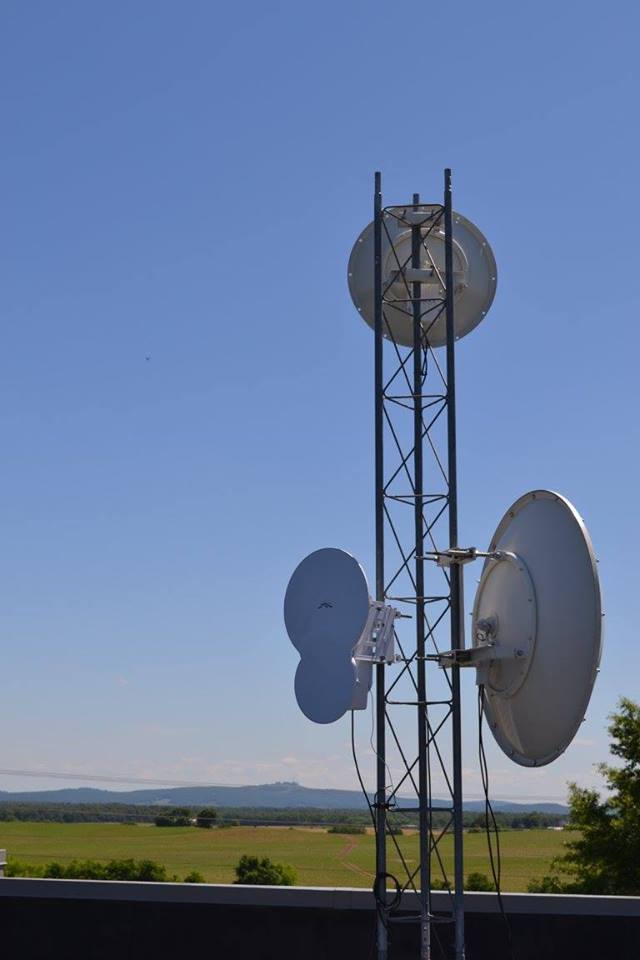 The United States is one of the countries with the highest amount of Internet users, with a wide disparity between urban and rural users. Additionally, demographic groups with higher levels of education and income are more likely to go online than other groups. According to the National Telecommunications and Information Administration (NTIA), the persistence of the urban-rural divide, even with the increasing availability of smartphones and social media, suggests that the barriers for Internet adoption in rural areas are complex.

In 2015, 78.2 percent of households in the eastern coastal U.S. state of Virginia accessed the Internet through a broadband subscription. Yet, a 2016 Virginia Chamber of Commerce study found only 55 percent of homes had access to high-speed broadband in rural areas. The national broadband map recently created by the NTIA showed that Virginia ranked 40^th^ in terms of the percentage of residents in proximity to access points with broadband speeds of 3 megabits per second (Mbps) or greater, down from 37^th^ in 2013. There have been some initiatives to extend coverage in rural Virginia, however, both by local institutions – such as the telecommunications company Mid-Atlantic Broadband Communities Corporation (MBC) – and technology companies like Microsoft via its Affordable Access Initiative – which aims to support, grow, and scale innovative businesses that are developing technologies such as television white space (TVWS) to close the digital divide globally.

VABB utilizes a variety of Microspot broadcast structures to reach deep into rural Virginia. Microspots are any willing vertical structure with standard electricity nearby that is tall enough to clear the 70-foot trees, and the top is able to see another VABB broadcaster. In many areas of VABB’s service area, a total of only five-to-10 houses within reach of the wireless technology is common. Creative use of existing local vertical assets, such as silos, barns, houses on hills, and grain elevators, helps to reach many of these remote homes. When these vertical structures do not exist, however, the best Microspot option is a stand-alone utility pole, which offers a service radius of 1-2 miles. The Microsoft grant the project recently received will support installing nine such poles.

Sites are supplied by standard power utilities and must be located within 300 feet of an electrical source. They do not use solar power because it is still too expensive within Virginia to implement. There are currently 30 microspots, and they are adding nine more with the funding from Microsoft. Microspots are strategically placed to reach the maximal amount of users, with a minimum of five homes per microspot, an average of 10 homes, and a largely untapped capacity for serving up to 120 houses. They offer service on various use-based plans to individual households as well as business campuses.

There are currently 30 microspots with nine more on the way serving 105 locations. The program serves seven primary counties and seven additional counties. Most recipients of service are members of low-to-middle income populations. The program serves people of all ages, but especially households with school-aged children who are expected to use the Internet for homework, as well as elderly and/or disabled individuals who want to access telemedicine services online. VABB’s pricing plans are use-based, rather than speed-based. A majority of users access the Internet for streaming and television purposes. They provide free limited-speed Internet service to a few schools, with aims to expand to more pending sufficient funding. The Microsoft grant generated some publicity for the project, and landowners in the region have stepped forward to offer their resources and location to host additional poles.

Geographical barriers – As a rural WISP, VABB faces many technical, geographic, and marketing challenges when trying to reach deep into rural areas they serve. The majority of homes and businesses are nestled within tree forests, behind rolling mountains, on hilltops, and in deep hollows.

Sparse population – The microspots have a capacity to serve up to 120 houses per pole, but they typically serve between 5-10 only. The extremely sparse population numbers make it difficult to optimize service, with a high overhead to acquire only a few customers.

Economic diversity – There is a wide range of economic diversity among the clientele, from very high- to very low-income levels living side-by-side. So, devising a service that can meet the needs of all the interested users makes for a challenging business model.

Planning and prioritizing community engagement is important – Their experience suggests its advantageous to prioritize happy customers and community engagement, rather than upsetting clients, by having a system in place before implementing the technology. Some people are in great need while others are in higher density areas, and so it is a constant quandary as to whether to prioritize the most numerous or the most needy. Making direct human connections is an important business strategy as well as a pleasant interpersonal engagement philosophy.

**Collaborations with various stakeholders is useful –**VABB has relationships with local organizations, as well as with national, regional, and international organizations. This includes the Wireless Internet Service Providers Association, which is a useful information source for cost effective hardware and equipment.

Backhaul is a limiting factor – The cost of backhaul for the project is so high that it limits the sustainability and scalability of the project.