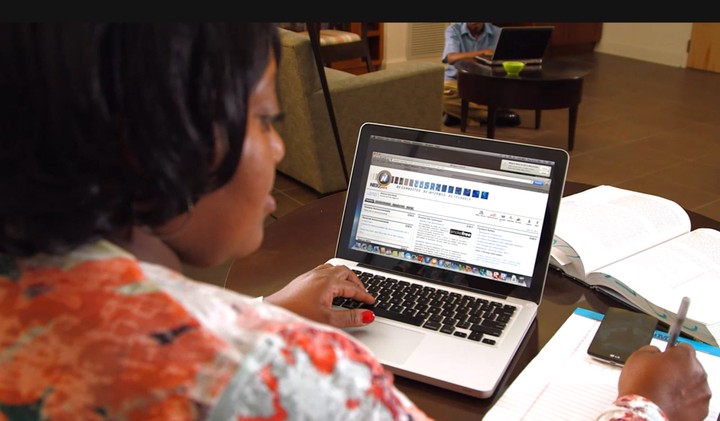 Comcast Internet Essentials^SM^ is a high-speed broadband Internet adoption program aimed at low-income families in the United States of America. The program provides eligible households with connectivity for US$ 9.95 per month, the option to purchase an Internet-enabled laptop for US$ 150, and access to free online and in-person training on Internet use. As of August 2017, the program has connected nearly 1 million families and 4 million users since its launch in 2011.

As of 2011, over 95 percent of people living in the United States had access to a broadband connection of at least 4 megabits per second, while only 62 percent had adopted a broadband Internet connection. In addition, beginning in 2010, broadband adoption rates began to flatten for the first time since the mid-1990s, and growth rates started to slow. Qualitative research conducted by the Social Science Research Council articulated a number of possible reasons that transcended questions of mere cost and argued that demand-side of Internet access has been woefully underexplored. This research noted that investments in Internet proficiency are crucial to low-income communities, where large numbers of people are faced with the prospect of Internet use for the first time. Crucially, it also highlighted the role of anchor institutions, such as libraries and community organizations, as providers of training and task-based assistance for their communities.

In light of these realities, the government initiated a number of programs to improve broadband adoption. A key finding of the 2010 Plan was that this effort needed to be supplemented by public-private partnerships, in order to accelerate the rate of adoption and connect America’s communities online.

Comcast uses a multi-pronged approach that combines subsidized connectivity, access to low-cost devices, and digital training. The Internet Essentials program is offered throughout Comcast’s service area, which includes 39 states and the District of Columbia covering 48 million households, which is 34.5 percent of the U.S. population. It attacks multiple challenges simultaneously, as opposed to targeting just one: Comcast partners with a low-cost laptop provider to ensure the availability of a low-cost laptop to every family eligible for Internet Essentials. It provides digital literacy training both online through its bilingual site as well as through a network of over 9,000 partners which include libraries, community organizations, and elected officials. It also provides broadband subscriptions at a low cost of US$ 9.95 per month, which has remained unchanged since the launch of the program.

Comcast Internet Essentials connected its first household in August 2011 and was aimed initially at families of students who qualified for the U.S. government-sponsored free or reduced-price lunch program. Over the course of five years, Comcast has expanded the eligibility criteria nine times, including schools with over 40 percent enrolled in the school lunch program, low-income community college students, and most recently people in public housing projects and senior citizens. To further facilitate easy subscriptions, Comcast makes the process fully online and optimized for mobile devices via an application. Comcast also provides amnesty for those with past debt to Comcast and provides free in-home Wi-Fi at no extra cost, and has increased download speeds three times.

In terms of facilitating digital literacy training initiatives, Comcast covers the cost of providing the materials on its bilingual site for free to all users. As of August 2017, over 9 million users have benefited from the website. Comcast has also spent over US$ 300 million in printing materials and other facilitating digital literacy training by partner organizations and broadcast over 8.5 million public service announcements at US$ 110 million. A dedicated call center set up for Internet Essentials users since 2011 has received 4.4 million phone calls as of August 2017. Furthermore, Comcast has provided more than US$ 1.8 million in grants to create 14 Internet Essentials Learning Zones in 9 states, spread across 24 cities, provided in 110 partner organization locations. The strong investment in partnering with multiple organizations to provide digital literacy has proven to be critical to their outreach strategy.

Comcast offers Internet Essentials in 55,000 schools in 5,000 school districts that fall within Comcast’s footprint. Surveys of Internet Essentials users indicate that over 95 percent of users have seen an improvement in their children’s grades after signing up for this program, with over 98 percent using it for homework. A majority of Internet Essentials users indicated that they learned about the program from their school or local library and signed up in order to improve educational outcomes for their family. In addition, 63 percent of surveyed users said that the program enables creative pursuits, and 65 percent said it helps their children’s reading ability. In addition, the formal training provided by Internet Essentials has had a large impact on digital literacy and the attainment of concrete Internet skills.

Internet Essentials also plays a role in helping working parents and democratizing the benefits of workplace flexibility. The surveys report that 63 percent of users claiming home broadband helped them to manage their work schedules and balance family responsibilities, 48 percent reporting that it improved their ability to communicate, and 41percent indicating that they could work from home when necessary.

The impact of the Internet in expanding opportunities for people is also massive. In a survey conducted in September 2014, 57 percent used the Internet to look for a job, 55 percent used it to apply for one, and over 65 percent expressed interest in workforce training.

High costs: Within the United States, the cost of broadband remains a key consideration for people that remain offline in urban areas with the largest disparities in income. Most users have to sign a fixed-term contract before getting any Internet access at all, which also deters new users. The cost of a regular Internet connection is often upwards of US$ 50, which makes it unaffordable for several people. Comcast Intervnet

Lack of skills and perceived relevance: Unconnected communities often do not understand how the Internet adds value to their lives, or why it is necessary to improve their standard of living. In surveys conducted both in the developed and A vast majority of the unconnected do not have the skills to access the Internet in a meaningful way, which prevents them from leveraging the Internet as a source

Community and partner organizations: Community organisations play a key role in galvanizing on-the-ground support for training from within the community. Comcast partners with 9,000 such organizations, ranging from civil society organizations, schools, libraries, and elected officials.