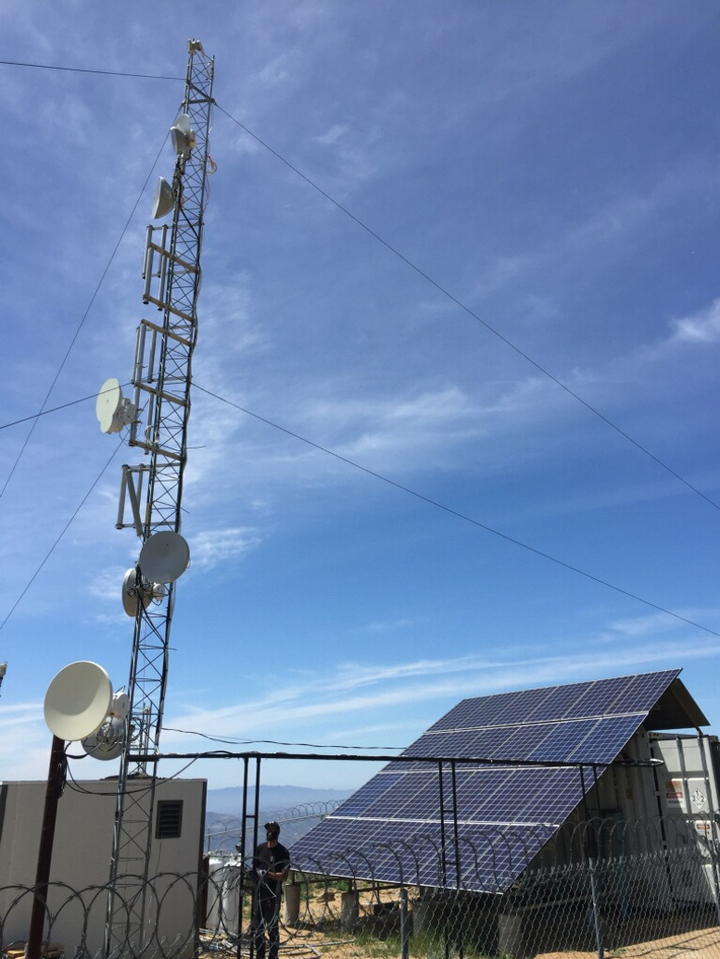 The Southern California Tribal Digital Village (SCTDV) is administered by the Southern California Tribal Chairmen’s Association (SCTCA), a nonprofit that has served 19 federally-recognized Southern Californian Indian tribes since 1972. The Tribal Digital Village, and early community network, was established in 2001 to bring Internet access to Native American communities. The network, free to use for municipal centers and priced on an affordable sliding scale for others, is tribally operated and is located entirely on tribal lands. Since the network’s inception in 2001, high school graduation has become radically more attainable in these communities due to additional resources made available via the Internet.

There are 567 federally recognized Indian Nations in the United States that are ethnically, culturally, and linguistically diverse. About 229 of these nations are located in Alaska, while others are located in 35 other states. There are also state recognized tribes. A consortium of 19 federally recognized Native American tribes in Southern California established the Southern California Tribal Chairmen's Association in 1972 with a goal of serving the needs of its tribal members and descendants in the San Diego County urban areas. SCTCA implemented the Tribal Digital Village program to address the need of Internet access among its underserved member communities.

Connectivity is especially important for tribal communities to access opportunities for growth, productivity, and innovation, as they are generally located in remote areas. In 2012, the Federal Communications Commission (FCC) reported that the lack of service hindered tribal nations from building their internal structures for self-governance, economic opportunity, education, public safety, and cultural preservation. In 2016, the FCC reported that 41 percent of U.S. citizens living on tribal lands, and 68 percent of those in the rural areas of tribal lands, lacked access to broadband. Location, population density, and poverty are the main barriers for Native Americans to be connected.

From 2010 to 2014, the federal government provided more than US$ 33 billion to promote greater access and adoption of high-speed Internet in underserved areas, including tribal lands, through the FCC’s Universal Service Fund and the U.S. Department of Agriculture’s Rural Utilities Service. The U.S. Government Accountability Office found that these two agencies did not make efficient use of federal resources, however. Many tribes and advocacy groups are handling the matter themselves, such as operating telecommunications companies offering broadband service, building infrastructure, and collecting data for tribal broadband penetration and use.

The Southern California Tribal Digital Village operates as a high-speed wireless microwave network, with some experimental forays in TV white space (TVWS) and an eye toward incorporating fiber optics where possible. They envision a hybrid network of wireless and fiber in order to keep up with evolutions in technology and network capability.

The network serves a collection of tribal communities, and is focused on social welfare and educational outcomes. By providing free Internet access to libraries, schools, head start programs, and health and community centers, SCDTV prioritizes the support and empowerment of its users. By offering a paid service to private homes, SCDTV both assures sustainable profitability and encourages the integration of all kinds of digital tools and cultures into tribal communities.

In the 19 communities connected, there are upwards of 500 homes currently connected. The network also incorporates libraries, schools, head start programs, and municipal centers. The program is actively growing; with a total of roughly 10,000 residents in the areas they serve, they currently estimate their reach is between 1,500 and 2,000 users, and aim to expand access to an additional 1,000 people in the near future.

Access to the Internet has been a dramatic factor in lowering high school attrition rates in particular. Since 2001, high school graduation has become radically more attainable in these communities due to additional resources made available via the Internet. In communities that often require consecutive missed school days for students to tend to cultural and family responsibilities, after-school programs and learning software such as Cyber High and PLATO have allowed students unprecedented opportunities to stay abreast of their curricula. With less students falling behind, more remain flexibly engaged with their studies and graduate, empowering young people as well as strengthening communities.

Geographical barriers – Much of the tribal land in this area is limited to mountainous areas. Additionally, the borders of tribal lands are discontinuous, often interrupted by county lands. These two factors create infrastructural difficulties for network design and building. In terms of network maintenance, the project is threatened by unstable access to a power source. Fearing the expense of equipment damage from high winds and fires, local power companies often cut power to these communities, sometimes leaving them without a regular grid-based power supply for days.

Funding while sovereign – In the U.S., federally recognized indigenous tribes have a relationship of sovereign dependence to the government. This status denotes a complex political status; whereas sovereignty signifies self-governance and independence, ‘dependence’ indicates tribes’ subordination to federal regulations and laws. When coupled with chronic governmental inattention to the needs and rights of Native American tribes, this status can prove to be a stumbling block to pursuing grant funding. For example, when the federal government outsources funding decision to state governments, tribal eligibility is threatened because “dependence” delimits tribes’ political relationships narrowly to the federal government. Certain instances of legislative oversight and targeted exclusion have been successfully sidestepped by helpful partnerships with private companies and public universities.

Generation gap – Tribal elders can prove resistant to the introduction of technology, fearing it will threaten the preservation of their communities, histories, and cultures. Additional outreach is necessary to communicate the opportunities for preservation and community-building that the Internet provides.

Early attention to sustainability – The project began somewhat shortsightedly, operating on a grant-to-grant basis before transitioning to a sustainability-based business plan. The SCTDV team notes that immediate emphasis on financial planning and long-term maintenance would have better served their aims.

Network-by-network planning – Like many other successful network builders, SCTDV highlights the importance of taking into account the unique needs and goals of each individual network. It’s key to begin with a clear knowledge of each network’s specific end goals and outcomes, as well as throughout knowledge of both terrain as well as the requirements and priorities of the community the network is meant to serve.