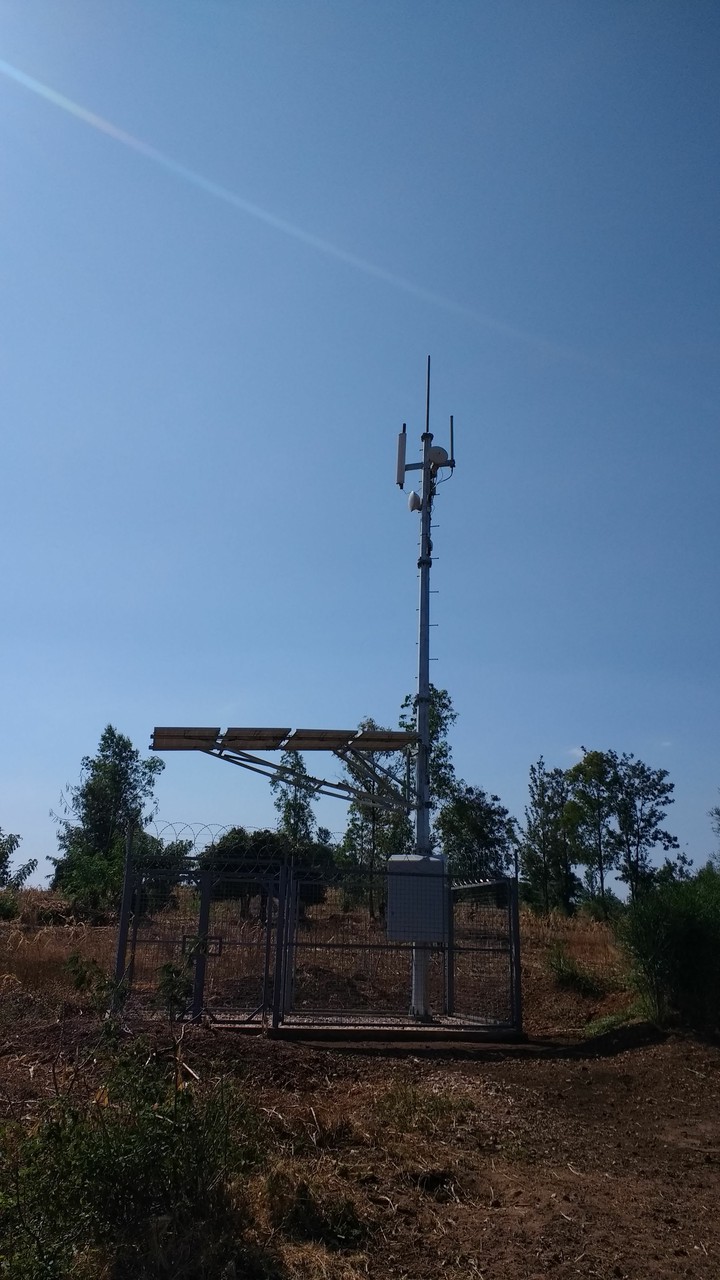 Vanu Rwanda deploys Compact Radio Access Network (CRAN) technology to provide GSM and Wi-Fi connectivity to hyper-rural communities in Rwanda. Vanu uses a unique wholesale network provider model, where Vanu’s infrastructure can be used by existing Mobile Network Operators (MNOs) to extend their service. As of 2017, they have built 31 solar-powered sites in various communities in Rwanda. Three of these sites provide free Wi-Fi using the sBRCK technology, which works in areas without connectivity. Each supaBRCK has an advertisement-based service platform that provides zero-rated content after a short advertisement.

Rwanda is a country with one of Africa’s highest rates of broadband penetration, with 70 percent of the country covered by LTE, and an overall Internet penetration rate of 36 percent. Pockets of rural Rwanda, especially in Rwanda’s eastern province, however, suffer from a lack of connectivity. These areas are hyper rural, and present challenging circumstances for extending connectivity as they: are not connected to the power grid; do not have existing telecommunications infrastructure or a network backbone; are largely distant from proper road infrastructure; and are home to communities with very low population densities. This often makes them a poor candidate for MNOs to select for extending their network.

Furthermore, the lack of local skilled labor poses an additional challenge to routine maintenance of network infrastructure like towers, making operational costs of running a network very high. Traditional models of connectivity rollout do not work, especially given that the average revenue per user is close to $1, making it economically unappealing to many incumbents.

Vanu’s Compact RAN architecture is solar-powered, and operates in off-grid areas well owing to a very low power consumption of 90 watts. The vision is to connect the 1 million unconnected people in Rwanda’s rural communities to affordable cellular and Wi-Fi connectivity. It uses latency and jitter-tolerant, packet-based Internet Protocol (IP) backhaul with software radios that allow for remote bug fixes. The architecture can also be maintained easily as a consequence of remote monitoring, and does not require high technical training. The carrier grade outdoor base station weighs only 9.6 kilograms and occupies a 6-by-10 meter area. The small form factor allows for simplified mounting on poles and alternative structures.

Vanu uses a wholesale network operator model, which means that existing network providers can use Vanu’s infrastructure to extend the reach of their network and penetrate rural markets at lower costs than if they had to roll out the network themselves.

Vanu has a tie-up with supaBRCK, the product of a Kenyan company, to provide Wi-Fi. The supaBRCK is a microserver with 500 gigabytes (GB) to 5 terabytes (TB) of memory, and is designed to work in an area without connectivity with specific physical fortification for outdoor use. A supaBRCK can connect to RJ-45, Wi-Fi, a subscriber identity module (SIM) card, directly to backhaul, via Universal Serial Bus (USB), and supports Secure Digital (SD) cards. At each Vanu site, free Wi-Fi can be extended using two supaBRCKs – one at the Vanu tower, connected to the backhaul, with an extender at the top of the tower to extend range, and another at the village site. Each supaBRCK has been fitted with MOJA, which is an advertisement-based service platform that provides content (locally stored in the supaBRCK’s memory).

When a user connects to Wi-Fi, they first see a 15-30 second video advertisement. Then the MOJA screen comes up, which shows all available locally stored content on the supaBRCK. At the end of the MOJA screen, a user can connect to zero-rated Facebook services, zero-rated WhatsApp service, or the open Internet.

In early 2016, Vanu began construction of the first solar-powered, wholesale network in rural Rwanda that will cover 1 million people who do not have any connectivity as of early 2018. There are 31 Vanu sites that are solar-powered currently built in various communities in Rwanda, and three of these sites provide free Wi-Fi using the supaBRCK technology.

Lack of telecommunications infrastructure – Building the cellular infrastructure in rural regions presents radically different challenges from building networks in urban areas. The power grid in these areas is unreliable, if it exists at all. There is no wired telecom infrastructure to run the network backbone of the cellular network. The large distance over poor roads makes site maintenance time consuming and expensive. There is little local skilled labor to support the sites’ maintenance as well.

Delays in environmental approvals – Environmental approval from the government body overlooking Nyungwe Forest provides unexpected delays. While the expectation was that the approval would be straightforward since the environmental study was done for the network’s fiber optic construction, the Rwanda Development Board (RDB) has decided it needs to do a new study.

Delays in site acquisition process – Vanu switched the model from leasing to purchase in order to reduce operational expenses, but the lead times for purchase are consequently longer, slowing the site approval process.

High backhaul cost – Budgetary quotes provided by the telecommunications company IHS for backhaul were far lower than actual quotes. IHS wanted to run their traditional construction/leasing model, and was not flexible in considering new models. IHS has a de facto monopoly on towers in Rwanda, so there are few other options.

Switching backhaul providers may lower cost – Vanu is considering a switch over to satellite backhaul for most future sites, which has a lower OPEX, but higher initial capital expenses (CAPEX). This switch helps solve some of the site approval issues the project has experienced as well.

Educating local telecommunications carriers to new business models and regulations is necessary – Local carriers are potentially not as familiar with the regulations and some of the technical interfaces used in information and communications technology (ICT) development models. Regulations allowing these models are often new and have not been used by the carriers yet, so projects need to allocate more time for educating the carriers. Rural coverage initiatives have traditionally been government led, which results in a “tax” on the carriers through universal service funds (USFs). So, carriers anticipate hidden taxes, which makes them hesitant to sign up. Having an operating track record with no government subsidies could help.

Showing value in rural connectivity is essential – Rural coverage is not a priority for carriers; they get a better return on investment by investing in urban spaces. Thus, Vanu’s experience suggests brainstorming ways to make this appear valuable for them, e.g. enhancing corporate social responsibility (CSR), could be beneficial.

Battery choices in off-grid deployments matters – Lithium-ion batteries can typically deliver more cycles in their lifetime than lead-acid. Yet, lithium-ion batteries are rated as hazardous material, and present logistics challenges when shipping via airfreight**.** Deep-cycle, lead-acid batteries have been employed in renewable energy systems and reliably used in off-grid applications globally for decades.