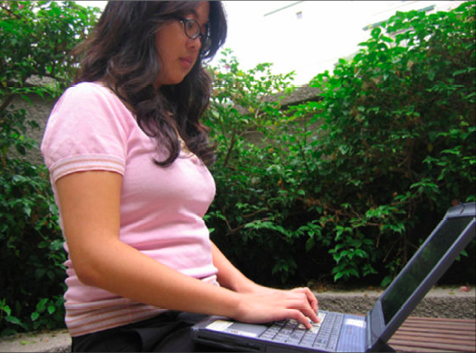 Little Tokyo Unplugged was a community project by the Little Tokyo Service Center (LTSC) that provided Wi-Fi Internet access to Little Tokyo in Los Angeles, California and helped connect people to a community website. Little Tokyo Unplugged sought to contribute to the overall community development, and promote and preserve the Little Tokyo community’s culture and heritage. The project, which was funded by various organizations, provided additional services to visitors and supported small businesses to help bridge the digital divide in the community. Despite the massive initial financial support, the project failed to scale with the increasing demand, and could not create a sustainable revenue model.

Mesh networks by communities around the United States seek to provide alternatives to Internet service providers (ISPs) and connect unconnected neighborhoods. Areas with limited or no Internet access tend to be economically deprived, that lead to exacerbated inequalities. Regulators and policy-makers in the U.S. are keen to expand the reach of the Internet, recognizing its potential in developing communities. Community mesh networks, at times, can be low-cost to deploy, and the peer-to-peer model of connectivity seeks to foster community engagement and participation in network growth. Such projects have cr

Little Tokyo Unplugged was a community project established in 2008 to provide Wi-Fi Internet access to the Little Tokyo neighborhood in Los Angeles, California. Little Tokyo Unplugged aimed to accomplish multiple goals – bridge the digital divide, as well as to contribute to the neighborhood’s overall economic and community development. When the project was launched, the Little Tokyo community had 5,800 residents, was relatively poorer than Los Angeles, and had no cable companies that offered broadband connectivity. Many residents could not afford the existing digital subscriber line (DSL) service. The L.A. Department of Water and Power gave the LTSC access to some of its dark fiber, which provided high-speed backhaul. The L.A. Community Redevelopment Agency received a subsidized commercial ISP status. The California Emerging Technology Fund awarded LTSC a grant of US$ 250,000, which was instrumental in bringing broadband to the community. The California Emerging Technology Fund aimed to improve home broadband adoption, help community residents secure jobs in technology related fields, and integrate broadband use into routine activities such as banking.

The project also sought to provide education regarding the use of Internet by training small businesses and youth. These trainings and workshops were provided in English, Japanese, Spanish, and Korean. Youth also received IT training.

LSTC also sought to preserve Little Tokyo’s cultural heritage. Little After logging in, users were directed to a splash webpage that included information about events and activities impacting the Little Tokyo Community. LSTC included local users in content creation to increase community participation, and broadcast live cultural events to attract tourists and cause them to develop deeper appreciation for the communities’ history and culture.

Little Tokyo Unplugged lasted for two years, and connected more than 300 residents over a wireless network. Twelve wireless networks were built with the grant money through the project, which reached 2,479 housing units out of which 321 households took steps to connect to the network. Free mesh networks served as the primary Internet connection for businesses and nonprofits in Little Tokyo. The project ended up focusing solely on providing Internet, but as the number of users grew, the network could not scale with its initially generous but also limited funding. The project did manage to secure some revenue, however, by leasing their network to the L.A. Police for the city’s security network and cameras.

Through this project, LSTC trained youth on the use of computers and various workshops were conducted to educate the community about the same topic. Small business owners created their websites using the network and platform. LTSC soon realized, though, that training youth was time consuming, and required more staff and planning. With time, these efforts were scaled back significantly.

The L.A. community redevelopment authority discontinued providing resources after the California legislature moved to dissolve redevelopment authorities statewide. The project thus could not hire staff to scale the network. An increase in the number of smartphones connected to the network also caused exceedances in capacity. Network users overwhelmed LTSC staff with complaints on dropped connections and network security. LSTC faced challenges with engaging the community to maintain the network, and along with other factors, this led to its demise after two years of existence.

Lack of community participation – LTSC ended up operating like a traditional service provider with no community interest. The network failed to include the users in content creation, and the project failed to create a sense of community ownership in the network. Since there was no grassroots support from the community, the project only relied on grants and funding. These funds were exhausted a year into the project.

Lack of expertise – The project had a strong record of providing high-quality services for low-income seniors, families, youth, and children. These demographics did not have expertise on community networks or how ISPs work. There was a lack of planning, and the project could not anticipate growing demand or other network problems.

Lack of clear sustainable business model – The project failed to become sustainable, as there were no revenue sources. The network survived solely on funding from organizations. Since funding was easily available, the project did not focus on its financial sustainability. This affected the project when it became difficult to secure funding.

Inability to cope with scale – The increase in the number of users, especially smartphone users, coupled with limited technical expertise and funding, made it impossible for the network to cope with scale. Network users overwhelmed the staff with complaints, and eventually the staff was not able to cope with the workload. The project could not hire additional staff, and ended up devoting substantial time to customer service rather than building a reliable and sustainable network.

Commons based approaches requires active community participation and governance – According to the Little Tokyo team, one of the most critical aspects of a community mesh network is the involvement of the users. The users need to be made stakeholders of the project, and are critical to the development of infrastructure as well as content. Strong social norms around community-based ownership may have helped sustain the network.