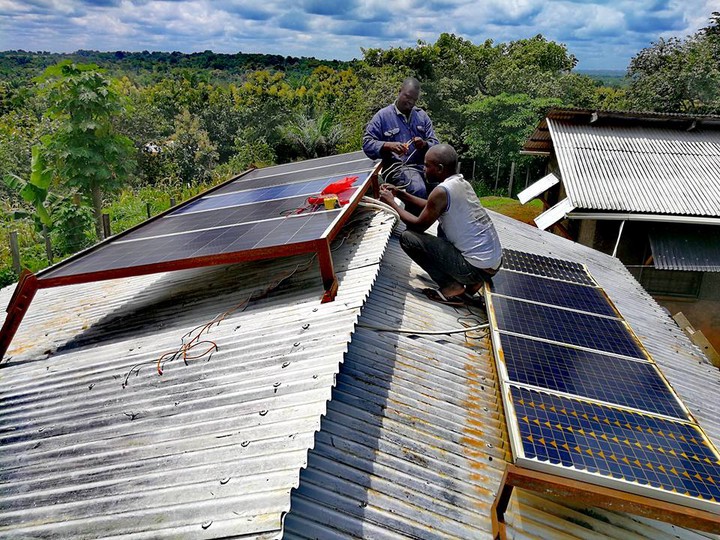 VisionNet is an Africa-based organization that offers a large range of high-speed wireless Internet services to customers in Bunia and Goma in the Democratic Republic of the Congo (DRC). They also offer satellite Internet access across the DRC. Launched in 2015, Pocket Cyber Café is a service that aims to provide low-cost Internet connectivity via Wi-Fi hotspots at rural universities in the DRC. The target audience is the student population on campus in rural areas, but the service also extends to private access points for small business owners, nongovernmental organizations (NGOs), and others in need of service. Each university has customer-provided equipment (CPE) that receives broadcasts from a central signal from the main transmitter, and transmitted to numerous hotspots across campuses. Five universities are currently using the service that is supported by Microsoft’s Affordable Access Initiative.

According to World Bank, only 6 percent of the population in the DRC used the Internet in 2016. The fixed broadband subscriptions rate was 0.001 percent, and that of mobile subscriptions was 39.48 percent (a steep decline from 52.99 percent in 2015). There was little-to-no connectivity in many rural areas in the DRC, based on a 2016 CIPESA study. The DRC was ranked by a Global Finance Magazine study as the poorest country in the world. United States Central Intelligence Agency (CIA) statistics estimated that about 63 percent of the DRC population lives below the poverty line, and the gross domestic product (GDP) per capita was US$ 800 in 2016. For less than US$ 2, mobile Internet subscribers can activate small daily data packages, and monthly data packages start at US$ 10. The DRC was among the countries with the lowest Internet speeds as well – at 0.55 megabits per second (Mbps) as of May 2017 based on data from Worldwide Broadband Speed League.

There have been several initiatives by international organizations to provide connectivity in the DRC. In 2014, the fifth phase of the Central African Backbone (CAB5) project was launched with support from the World Bank to increase connectivity and enable a more inclusive digital economy. The European Investment Bank also helped finance the construction of 750 mobile towers in remote areas. The DRC government is actively inviting investors to consider the information and communications technology (ICT) market of the country for its economic potentials and absence of entry barriers. Internet freedom is still a pressing issue in the DRC, however, as the government frequently implements Short Messaging Service (SMS) and Internet services blockages to avoid anti-government demonstrations.

Satellite Internet in the DRC is prohibitively expensive. It costs US$ 1,300 per month for a 512-kilobit-per-second (kbps) connection (upload and download), which is the equivalent of 1 Mbps. VisionNet uses a shared rather than a dedicated network to increase capacity to 4 Mbps, which costs US$ 1,225 per month, and is shared among 10 users.

On college campuses, they offer a daily subscription fee of US$ 1 per student per day for full access. In addition to the student service, the project also supports nonprofits and NGOs such as MedAir and Samaritans First, which are in need of Internet service in rural areas. They serve four big clients in the nonprofit sector. They serve six private businesses and organizations in addition as single access point clients, including a photography studio, the International Organization of Migration (IOM), bible translators, a cyber café, and one individual home user.

They offer one direct link service, and the rest are shared network services provided to organizations with between 15-30 employees. The monthly package costs US$ 207 per month for a connection with 512 kbps download / 256 kbps upload speeds. On the other end of the spectrum, a connection with 2 Mbps download / 1 Mbps upload costs US$ 2,700 per month. Prices vary by speed, with a minimum cost of US$ 163 per month for the slowest service package.

VisionNet has four full-time employees, including a head of operations, marketing manager, and technical support lead. They manage a single access point for receiving and another for broadcasting, which operate on a battery augmented with solar power to be functional 24 hours a day, seven days a week.

The product launched in 2015 after winning an entrepreneurial competition organized by Microsoft and completed infrastructure deployment in only two months to allow users to access the service. The project serves five university campuses, where each campus has between 500 and 2,000 students. The project serves between roughly 3,000-10,000 students, though they do not have exact statistics on usage. The project also serves four major nonprofits and a number of private single access point users, including six major clients.

With assistance from Microsoft, they upgraded from a 2.4-meter to 4.5-meter satellite in order to enhance service, which makes their transmission competitive with a major broadcasting company.

They offer training services for students that cover the basics of ICT literacy and online research, addressing topics such as using effective search terms and distinguishing between reliable and unreliable information online. Trainings are generally conducted on campus, but at times, trainings are conducted offsite with students from multiple campuses. Most of the trainees are students, but some non-students also join the trainings. Trainings run from 45 minutes to one hour, with 30 minutes of an interactive question and answer session afterward. So far, five trainings have been offered – two on campus and three off campus.

Student research skills have improved with positive educational outcomes. Student attendance has improved because students no longer have to go to off-campus cyber cafés that draw students away from campus. Students have been enthusiastic about the service, and have requested extending the service to home use. This is not yet possible with current budgetary and technological constraints, however.

Limited Internet access – Wi-Fi does not travel very far, only approximately a 183-meter radius depending on terrain. One solution is to use directional antennas that increase the range to approximately 250 meters. If users have their own CPE as well then they can receive signals up to a 50-kilometer range from the transmission site.

Challenging terrain – The already limited range of Wi-Fi is constrained further by a terrain with significant foliage interference and elevation change, which prevents the signal from reaching its maximum distance. Terrain also prevents the delivery of supplies because there are not paved roads and there is a significant rainy season that makes the unpaved roads impassable.

Limited and irregular electricity access – There is not a reliable source of electricity to sustain ICT developments. Solar power alternatives are expensive and difficult to procure in the DRC in general and in remote locations in particular.

High cost of deployment – Installation costs for solar power deployments is expensive because they have to be sourced from Uganda, so the project tried to use locally sourced panels with mixed results. This is true of much of the hardware on the market for the ICT sector. Products do not operate as advertised, and the learning curve is expensive. There is not a reliable network of informed people to source these materials from, so most of the decisions are made based on Internet research and online forums.

Increasing speed and capacity is critical as a project scales – Vision Net team’s experience suggests that the faster the infrastructure for a project can be set up and the faster service can be relayed to the end user, the more feasible and sustainable the project will be. Advances and improvements to the technology can be made along the way once the system is up and running to produce self-sustaining revenue.