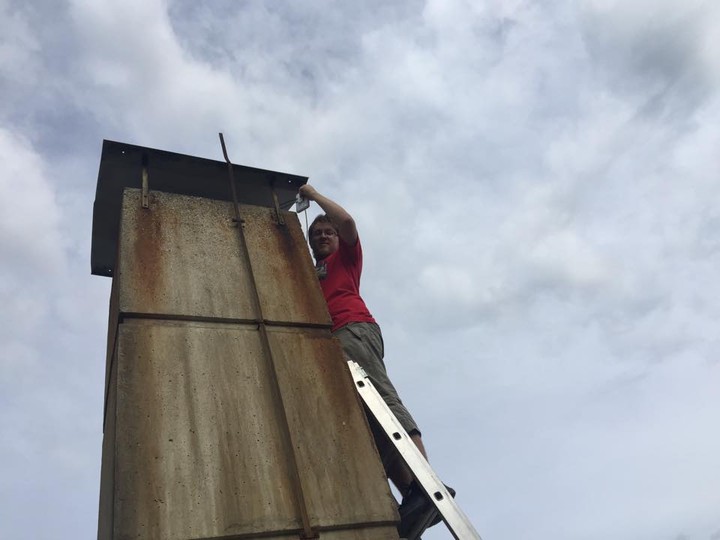 Since 2006, WLAN Slovenija has built a community wireless network to provide open and free access to the Internet across Slovenia. As of 2017, more than 400 wireless nodes are active with more than 2 million non-unique usages. Originally started in the region around the capital, Ljubljana, WLAN Slovenija now extends beyond the country’s borders and into Croatia and Austria. Costs are low because the system relies on common technologies already in use, though there has also been private support. Users join on a voluntary basis and each individually adds value to the overall network by increasing its reach. WLAN Slovenija is an example of building a community wireless network that is a symbiosis of accessibility needs and a shared interest in propagating the network that has the potential to be hindered by uneven retention, unfriendly or indifferent governmental/legal restrictions, and a too localized model.

Located in central Europe and a member of the European Union (EU), Slovenia has a small population with a highly educated workforce. Population centers are dispersed, and the general topography includes many hills and mountains, which can make connectivity difficult. According to 2011 data from the Organisation for Economic Co-operation and Development (OECD), 77.6 percent of the population has Internet access. Though the country has seen a lower Information and Communications Technology Development Index (IDI) ranking in the International Telecommunication Union’s (ITU) Measuring the Information Society Report, the government has been competitive in its efforts to meet the EU 2020 mission for Internet infrastructure development. The Slovenian government’s own plan, Digital Slovenia 2020, aims to increase this infrastructure as a stimulus for economic growth. Their target is to provide broadband access speeds of at least 100 megabits per second (Mbps) to 96 percent of households by 2020. Community-level efforts such as WLAN Slovenija have helped overcome some developmental hurdles.

WLAN Slovenija is an open-source and free community wireless network that has been active since 2009. WLAN Slovenija, like many other community wireless networks, repurposes widely used technologies (e.g., commercially available routers), and capitalizes on fiber-optic Internet capabilities of urban centers to make the network function. By finding redundant capabilities within the existent networks (e.g., bandwidth users are paying for but not using), WLAN Slovenija provides individuals with reciprocal use ability. Users consent to allow for their bandwidth to be shared, and then link to a larger antenna that broadcasts their “unused” Internet. In this way, users are able use their own Internet at home, have connectivity for guests, and “borrow” from another participant in the network when they are mobile. Beginning with the cities, WLAN Slovenija has moved into rural areas as well to meet demand.

While the initial genesis of the network demanded expertise, WLAN Slovenija has made the end-user process as frictionless as possible. Originally there were do-it-yourself (DIY) instructions for interested participants to repurpose their in-home modems; however, users asked for already-made versions, and WLAN Slovenija provided these by mail. From the outset, WLAN Slovenija has fostered a community that is linked by its desire to see the whole country have access to network.

WLAN Slovenija has minimal overall costs, though they have received some private and grant funding, and relies on voluntary participation and expertise. Moreover, awareness of the project generally travels by word of mouth

WLAN Slovenija has been considerably successful in its endeavor. Begun in 2009 with 10 Wi-Fi hotspots, as of 2017, there are 400 active nodes with more than 1,600 registered. While they do not track unique users, as of 2017, there have been more than 2 million usages of the network. Interest has grown organically through word of mouth as well, though WLAN has received some outside funding and regularly participates in Google’s “Summer of Code.”

Much of the outside support they have received has not been monetary, as costs are minimal, but rather in expertise, server space, and hardware. The low friction of joining the network provides an opening to teaching individuals with non-technical skills how this type of technology functions. In a similar vein, by reaching out to HAM radio operators, WLAN Slovenija has created a space for intergenerational contact. WLAN Slovenija, which was begun by individuals associated through an early email mailing list, has from the outset focused on the community that surrounds the network. To this end, they encourage the linking of sites that house hacking, artist, and co-working spaces.

Since at least 2015, WLAN Slovenija has been deploying open-node access points for refugees and migrants as well.

Coordination and sustainability – The primary challenge for WLAN Slovenija early on was coordinating all of the volunteers on the project. This can be problematic as certain aspects of the setup and maintenance require expert knowledge, and individuals with these skills often do not have the time to donate to the project nor can they always be counted on to not start their own project. In view of sustainability, retention of users can be a problem (e.g., when individuals change residences). Finally, it can also be difficult to keep users interested in the project thereby forfeiting some of the sense of community the continued functioning of the network demands.

Nomenclature – WLAN Slovenija has changed names multiple times because they were not general enough when choosing a name. This can hurt brand visibility.

Community and branding is key – Organic, word-of-mouth marketing is important for sustainability, since the network needs a community who is willing to maintain its continued existence and growth. One of the best ways to grow the community is to make joining as frictionless as possible. As important as creating a community is, sustaining it also requires attention. This can take the form of wikis, chats, and other networked iterations, both online and in person. In addition, the way in which the project is sold to possible users is paramount to maintaining the community. It is helpful to frame it as an act of “sharing” what is paid for, but unused. Similarly, it can be pitched to technologically un-savvy homeowners as useful for their guests. It is also important to assuage their fears regarding security, privacy, and liability that can be connoted by “open.”

Legality should be investigated in some jurisdictions before deployment – Projects such as WLAN Slovenija are not viable within the legal frameworks of all jurisdictions; however, workarounds have been shown to be possible (such as in Kyrgyzstan, where community members developed a laser-based network since public Wi-Fi networks are forbidden).

Sustainable financing is necessary for continued survival of community networks – Reliance on voluntary labor leads to both sustainability problems and a possible lack of individuals with the requisite skills for maintenance and improvement on community wireless networks. This also works to the detriment of the network’s survival because it makes it more difficult to receive financial support from governmental, nonprofit, or other sources who donate to organizations.