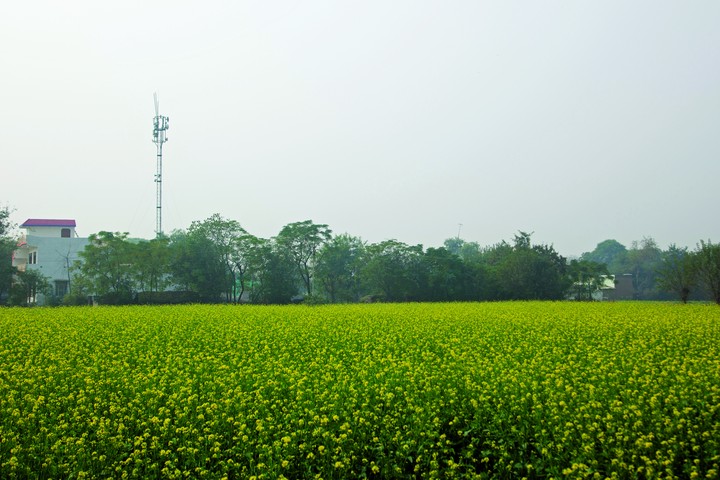 Karenda is a modest village in Rajasthan, India, that has become a paradigm for a new digital village cluster. Working with Bharat Sanchar Nigam Limited (BSNL), the state-run telecommunications company – which provides backhaul and subscriber management – Vihaan Networks Limited (VNL) provides mobile and Wi-Fi services in Karenda using sustainable WorldGSM™ technology. Supported by India’s Universal Service Fund, it has also extended these services to two neighboring villages, Bahadari and Phalsa, to create a cluster of digital villages with a combined population of 3,590 persons, or 587 households, per the 2011 census. The signal application in the Karenda Digital Village is the smart class that VNL has setup in the government school, where e-learning helps students and teachers follow a new paradigm of education. E-Governance, too, gets a boost through connectivity at an e-Mitra booth where citizens can access government-issued identity documents without having to travel long distances.

As part of the Digital India program, whose vision is to transform India into “a digitally empowered society and knowledge economy,” the Government of India is implementing plans to bring high-speed broadband connectivity to about 2,500,000 Gram Panchayats (village councils) in rural India by 2018. Not all towns have been able to benefit from the project, however, including Karenda in the northwestern state of Rajasthan.

Karenda is a small village located in Tijara Tehsil of Alwar District with a Muslim- and male-dominated population. Agriculture attracts a small number of workers, and 32 percent of male adults in the village depend largely on the irregular, temporary work from Bhiwad, the neighboring industrial town. The village has a government school that has been upgraded to include a high school as well only recently, and health facilities are virtually nonexistent.

Karenda is in a vicious cycle of being poverty-stricken and disconnected. The people here have to travel as far as 30 kilometers to the nearest town where they can complete government-related or legal work. As of February 2016, Karenda still did not have access to electricity, according to VNL. And most of the time, it did not have stable mobile and data coverage either. Thus, Karenda serves as an example of an underserved community where the right investment can transform completely the lives of the people.

VNL deployed its WorldGSM™ solution with the objective of providing integrated mobile, broadband, broadcast, and surveillance services to the underserved village cluster anchored by Karenda. The VNL site at Karenda is compact and energy-efficient. A triangular mast with a mounted WorldGSM™ base transceiver station (BTS) is powered by six solar panels. The site covers an area extending for 5 kilometers with voice telephony using GSM. The site also has a surveillance camera and an Internet Protocol (IP)-based public address system, which can be accessed via IP or by dialing a phone number connected over GSM for making important announcements in these villages.

The Wi-Fi access point receives 100 megabits per second (Mbps) bandwidth from the BSNL exchange in Bhiwadi, a small city in Rajasthan, and is delivered locally using access points and an omni-directional antenna. Hops were created to connect the three villages by IP-radios to provide broadband at the three sites hosting hotspots.

Though access is ubiquitous throughout the village, the government school in Karenda is one of the biggest users of broadband services. VNL has installed an e-learning system at the school, which provides a better, experiential learning platform for students as well as teachers. The Digital classroom has a large digital whiteboard, and a Linux-based e-learning platform for providing access to instant information via the Internet and pre-installed audio-visual content. The Digital Classroom and the broadband connection are powered by VNL’s PowerCube 300, a solar-based power management solution mounted on the rooftop at the school.

Mobile and broadband connectivity in the digital village cluster anchored by Karenda is helping bridge the digital divide that often exists in developing economies, enabling development to reach underdeveloped regions. With cheaper devices proliferating in tandem, villagers are now connected to family, potential employers, the government, and the wider world, enabling them to know and learn more, entertain themselves, socialize, transact and bank, and generally work and live better. The Digital India program envisages 250,000 digitally connected Gram Panchayats as well.

By far the most significant contribution has been e-learning, which is now enabled in the government school in Karenda. Learning has taken a leap through VNL’s Digital Classroom. Children now access vast amounts of information and material using e-learning platforms and websites, which significantly impacts attendance. Other than Facebook and YouTube, students also use Internet to connect to job sites looking for work, or access information and social media with their connected mobile phones.

Not far from the school, at the periphery of the village, an e-Mitra outlet was established. This outlet uses computers, printers, scanners, and photocopying machines to offer documentation services. Internet is accessed from the VNL broadband network, enabling instantaneous download and printing of identity documents like Aadhaar cards, grade sheets, bio-data, etc. Prior to this, the villagers would have to travel significant distances to access such services.

Lack of infrastructure – Remote locations are difficult to service with information and communications technology (ICT) infrastructure due to unstable connectivity and scarce or nonexistent electricity.

Generational divide – Because a major point of dissemination of digital knowledge is the school, older generations do not receive the same intensity of exposure and education in the new technologies available. This is a problem with digital education, but also creates second order social consequences in a changing local culture.

Solar power is useful for areas with poor allied infrastructure – In locations with poor infrastructural support, solar power can help resolve the basic problem of having consistent enough electricity to sustain a digital initiative.

Replicability is an essential component of creating long term sustainability – Low-cost, low-energy digital villages can serve as replicable models for other parts of the region, as well as globally.