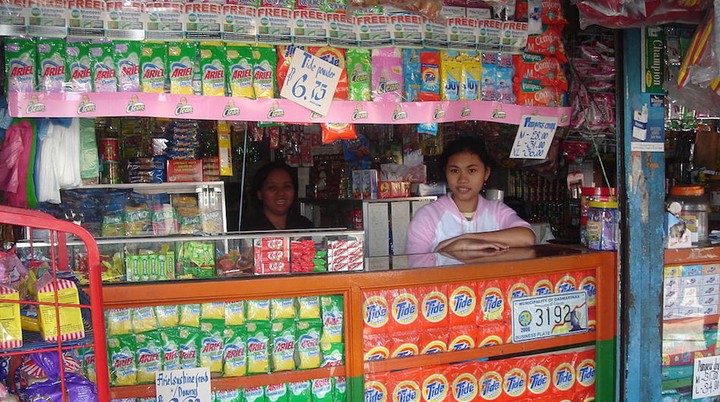 Wi-Fi Interactive Network (WIN) is a Filipino technology startup founded in 2015. They aim to deliver wireless broadband to populations unserved by major Internet service providers (ISPs). As of June 2017, WIN is in the early stages of launching a new business model for providing affordable connectivity to low-income areas of the Philippines. This model, currently scaled to the island of Luzon, harnesses the accessibility of small community stores as Wi-Fi hotspots and provides a digital platform for customers to electronically deposit cash into online accounts. This case shows the utility of a flexible business model to address challenges pertaining to widespread affordable wireless access in remote areas.

An archipelago located southeast of mainland Asia, The Philippines has the 10^th^-fastest growing economy in the world, according to Forbes. The population of the Philippines is equally split between urban and rural. Approximately 18 million of Philippines households lack Internet connectivity, and the majority of these are rural. Even where there is connectivity, it is plagued by slow speeds averaging 3.2 megabits per second (Mbps). The Philippines is ranked 107^th^ in terms of connection speed globally.

Smartphones are affordable in the county, however, data and Internet plans are not. In fact, the cost of mobile broadband service in the Philippines is among the most expensive in Asia with an average cost of $7.10 per 1 gigabyte (GB). Additionally, according to research firm IDC, the average cost of Internet in the Philippines is about $18 per Mbps, while the global average hovers at $5. These high costs are explained by an industry duopoly – Long Distance Telephone Co. (PLDT) and Globe Telecom. To avoid the high monthly costs, approximately 95 percent of mobile users in the Philippines are on a prepaid plan, which brings the cost down to less than $3 a month on average.

In recent years, the Philippines government has begun to implement plans to increase accessibility. Under the umbrella of five-year project known as the Philippine Digital Strategy, the government has established free Internet access in almost all public schools, public buildings, government offices, libraries, universities, train stations, and airports. A separate five-year plan announced by the government in 2016, the National Broadband Plan, aims to provide widespread broadband Internet access.

WIN’s current business model was born out of the successes and failures of its previous two business models. Their first version, a sponsorship model, took advantage of the accessibility and ubiquity of small community stores as well as bars and restaurants. By building brand partnerships, WIN aimed to provide connectivity to community members by bundling Wi-Fi credit into the purchase of certain products. However, these stores operate on the so-called grey market, and thus function on very small scales and without point-of-sale systems to verify purchases. Additionally, the bars and restaurants were difficult to connect because of lack of available infrastructure.

The second version centered on WIN building its own infrastructure, rebranding itself as an ISP. As a primarily software-centric company, however, the challenges of installing and maintaining sustainable infrastructure led them to abandon the plan and refocus itself on its strengths.

The third and current business plan incorporates the lessons learned from these attempts. Returning to a plan involving community stores, WIN is able to reach communities in convenient, local settings. And by collaborating with a cable company, WIN is able to outsource its infrastructural needs and apply itself to accessibility and affordability.

WIN has used its software expertise to build a digital platform for storeowners to convert customer cash to an online account. They improve on the cable company’s pre-existing model, which centered on the purchase of scratch cards for Internet access, by making their digital wallet a resource not only for Internet connectivity, but also a wide range of online bill pay and e-commerce platforms. This is a very significant development in a region and a country where bank accounts are rare: in the Philippines, 25 percent of people have bank accounts, and only 7 percent have credit cards. Additionally, by eliminating the scratch cards, WIN was also able to make connectivity both more affordable for consumers and more profitable for storeowners.

This new collaborative effort will involve installing service in 600 community stores and serving 30,000 people. The eventual goal is to scale up the operation across the country, partnering with other local cable companies. Currently, the project is in its initial stages, establishing relationships with storeowners, and providing incentives, training, and resources for them to begin to successfully launch the project.

Improving on the scratch card business model means that WIN’s digitization will reduce costs by at least 20 percent. What they eliminate is not only the card itself, but also the logistical cost of delivering and collecting the cards and the payments. In addition, they are able to improve profitability for storeowners by offering a 10 percent commission rather than the 5 percent the scratch card model offered.

WIN continues to work on its project launch. They hope that providing affordable connectivity to these areas will impact the ways community members communicate, purchase, get information, and provide and receive care.

Lack of access to infrastructure – The communities that WIN is targeting are very difficult to provide with wired connectivity. This means that WIN needed to come up with entirely wireless solutions for Internet access.

Lack of familiarity with digital economies – WIN has purposely made their interface extremely simple in order to serve a population with little-to-no digital literacy. In a country with such a small population of bank account holders, however, they are still facing the challenge of getting their storeowners to open bank accounts in order to facilitate their payment and provisions systems. This is the first step toward meeting the larger challenge of introducing the benefits of online commerce and bill pay without bank accounts, which they hope to overcome by providing community members with an easy-to-use platform to access their own digital wallets through this system.

Private sector telecommunications duopoly – Currently, there are two major telecommunications companies that control 80 percent of the spectrum in the Philippines. This presents a major roadblock to WIN’s plans to scale up their project. If their project is to succeed, they will need to work with the government to ensure that they are able to access the necessary amount of spectrum. There is a newly created government agency, the Philippines Competition Commission, whose goal is to enable competition in order to provide competitive pricing. WIN is hoping that these newly initiated conversations about competition will spur rethinking of the private sector duopoly on spectrum.

Government support may be helpful – WIN’s experience suggestions that related projects seeking to decrease the price of connectivity would likely benefit from the government being an active participant in the telecommunications sector. Affordable connectivity for low-income people is nearly impossible without some government intervention ensuring that these low-interest, low-profit areas for private corporations are fairly served.

Leveraging existing community partnerships is key – WIN is drawing on pre-existing settings of community gathering and access in order to provide maximum connectivity to a large swath of people. This case demonstrates the importance of understanding small-scale community dynamics, locales, and economies for implementing a successful project.