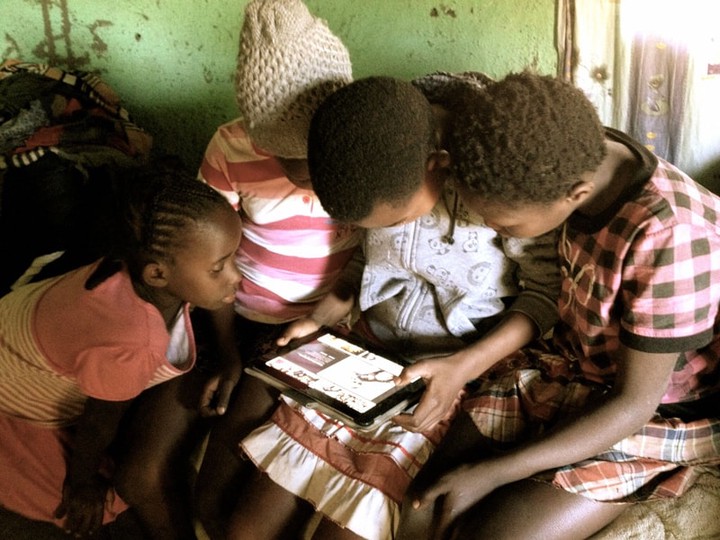 Project Isizwe is a non-profit organization in South Africa. Founded in 2013, it aims to connect low-income communities across South Africa to free, high-quality Wi-Fi networks at the lowest possible cost in public spaces. Project Isizwe seeks to promote education within these communities by providing Internet connectivity. Since its inception, Project Isizwe has connected around 3 million South Africans to free, public Wi-Fi, and provided access to information and opportunities. Through the project’s efforts, individuals have obtained more than 200 jobs and benefited from 11,000 online digital literacy programs.

Project Isizwe is based in Pretoria, the capital of South Africa, which has a population of more than 2.1 million. South Africa is one of the most expensive countries in Africa in terms of price per 1 gigabyte (GB) of data. Based on the Alliance for Affordable Internet’s Affordability Report 2016, an affordable mobile Internet connection (priced at about 1.5 percent of average monthly income) costs between 7 and 15 percent of monthly income of almost half of South Africa’s population. The cost for lower income users is around 20 percent of average monthly income, for 1 GB of data. Recently, the municipality of the City of Tshwane began subsidizing Internet access. In Pretoria alone, there are over 700 public Internet access zones including schools, clinics, and libraries, due to collaborative efforts between the City of Tshwane and Project Isizwe.

Project Isizwe aims to bring free Wi-Fi within walking distance to every South African through public Wi-Fi hotspots. Project Isizwe partners with municipalities to plan, install, and launch free Wi-Fi for low-income communities using existing infrastructure, and work with local companies who provide the necessary labor and resources. The project is able to purchase bandwidth at discounted rates, which drives down costs to less than 1 rand (US$ 0.072) per day per user. This discount is consequential as it makes it affordable for the government to subsidize free Wi-Fi. Users’ daily data limit is 500 megabytes (MB) per day per device on the network. While Internet access is free, content is restricted – the hotspots do not allow people to stream violent programs or view pornographic images or videos.

Due to high demand on the part of the community of Pretoria, Project Isizwe has expanded to 1,050 hotspots. Hotspots were deployed strategically in order to increase the effectiveness of Wi-Fi usage by the public. Project Isizwe placed hotspots at calculated locations (such as parks, next to schools, in libraries, hospitals, and police stations) where the public can easily gather and access the network.

Project Isizwe also partnered with local nongovernmental organizations (NGOs) to offer educational programs and online courses to the community. Notably, they offer free online digital literacy programs on their network. They are working on a business model that would allow them to sustain their services.

In 2013, Project Isizwe deployed 35 free Wi-Fi hotspots and allotted 250 MB limits per device per day. As of late 2017, they have deployed 1,050 free Wi-Fi hotspots around South Africa, and allow 500 MB of data usage per day per device. Currently they have 3 million unique users, which include 600,000 unique users per month and 330,000 people who log onto the Internet every day. Project Isizwe has also partnered with Facebook to deploy more hotspots.

In addition to providing users with free Wi-Fi, Project Isizwe has developed a content portal that focuses on education, skills development, and employment. It allows local communities to access information, education, and jobs. Through this portal, 11,000 citizens have completed online digital literacy trainings and around 222 users have found a job. The project is working with local NGOs to develop online tools such as chess tournaments and programs that build awareness about cyber bullying.

Project Isizwe has also partnered with international technology companies like Mozilla to create an online platform to empower low-income women to pursue resources and opportunities for health and finance.

Equipment damage – The hotspots are susceptible to theft and lightning. As the number of hotspots increases, maintenance of existing equipment is a challenge due to limited financial and human resources.

Lack of skilled manpower – The project faces a challenging task of maintaining a complex and rapidly expanding network as a non-profit organization with limited resources. As the project becomes more successful in terms of its range and impact, it is harder to keep up with the increasing technical, human, and financial needs this success brings. It is difficult to replace damaged equipment given capacity constraints.

Regulation – Changes to the political leadership influences the current effort. Some state policies limit new designs of digital equipment, and changes in information technology (IT) policies to address innovation are often perceived unnecessary by the South African authorities. This instability and inconsistency impacts the ability to make decisions and plan for the project’s sustainable development in the long-term.

Lack of awareness among users – The project faces the challenge in engaging public perception that believes that Internet access is often a luxury. Making the case for the benefits of connectivity, when several people believe that there are more pressing issues to be addressed, remains a challenge. There are also very limited platforms to share the message of Internet access and its social necessity to improve awareness.

Public-private partnerships contribute to project success in a big way– Project Isizwe cited effective public-private partnerships as a major contribution to its success. The project has partnered with municipalities to help subsidize the cost of the network, and with local NGOs to improve outreach for their programs. Project Isizwe also works with international companies like Microsoft, Facebook, and Mozilla to provide infrastructure and technical support.

Government partnerships to spread awareness can be helpful – Project Isizwe notes that the role of the government can expand beyond merely a financial one. Government partnership is equally important in building awareness about the significance of connectivity among stakeholders in these initiatives. The lack of this awareness may slow or hinder the processes that aim to build, expand, and sustain connectivity projects.