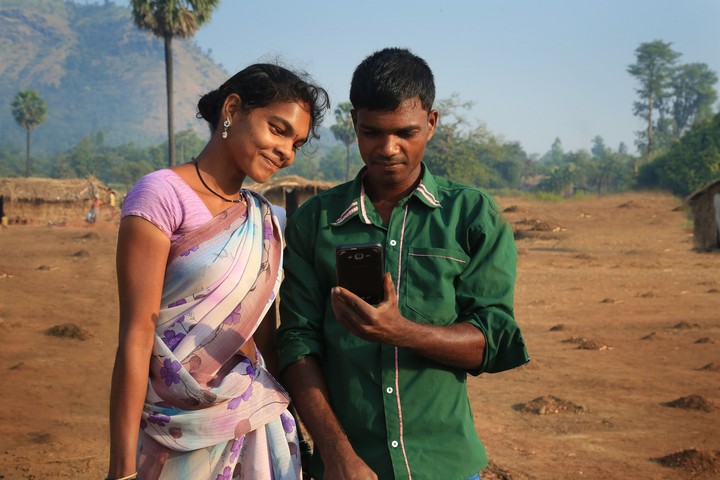 The Indian Institute of Technology in Bombay (IITB) is home to Gram Marg, a project focused on bringing Internet connectivity to unserved villages in India. Beginning in 2012, Gram Marg set up the first pilot test bed that solely used TV white space (TVWS) technology to connect seven villages in the remote district of Palghar in Maharashtra, around 100 kilometers from Mumbai. Recently, the project scaled to 25 villages spanning approximately 350 square kilometers, and it uses an optimal mix of wireless technologies including 5.8 gigahertz (GHz) in the unlicensed band. This case is an example of use of innovative methods (technical, social, and economic) such as TVWS and unlicensed spectrum to create sustainable Wi-Fi networks in low-income areas. It also highlights the obstacles that spectrum broadcast licenses pose to projects focused on providing on last-mile services.

Most broadband subscriptions in India are from digital subscriber line (DSL) services, which are quite expensive. The remaining options are broadband services for cellular services or Wi-Fi-based solutions. The former is expensive and requires high levels of infrastructure, whereas the latter have low coverage areas and slow speeds. Bringing Internet connectivity to rural areas is especially difficult because of cost-effective backhaul. Fiber connectivity is an example of this, which is quite limited in India. Programs aiming to reach a specific group of people exist, but they often exclude others for myriad reasons. The problem lies in connecting the core network to the access network from one region to another. This problem can be addressed with a middle-mile network. It is a wireless network that provides coverage over a certain radius, as a Wi-Fi zone would. This method is more stable and requires cheaper infrastructure than direct methods of connection.

Gram Marg notes the limitations of these access sites and proposes to enhance and improve Internet connectivity to the small villages themselves using TV white space. While BharatNet provides rural Internet points of presences in centralized locations, IITB’s TV white space network extends Internet coverage by linking WiFi subnets within the villages to these central offices. In this way, IITB has found a method to take advantage of the particularly abundant amount of TV white space in India in order to serve connectivity needs at very local levels.

Gram Marg also uses Village Level Entrepreneurs to build a market-based model to sustain Internet connectivity roll out to these communities over the long term. They provide these people with training in maintenance, and provide costs for the network to be held.

IITB’s TV white space project was successfully implemented in seven villages, which then scaled to 25 villages, using an optimal mix of technologies. The program’s longevity is somewhat precarious due to spectrum licensing issues, but the IITB team is currently researching unlicensed methods to maintain and grow the network.

The project is transforming the way villagers manage and access their money via ATMs set up at local kiosks. For the first time, villagers are directly connected to a bank. The villagers are using connectivity mostly for entertainment, communication, online government services, and Internet bill pay.

The project demonstrates that is it possible to build a sustainable network and a sustainable business model at once. Since the amount of money villagers are able to save through connectivity is immense, they are very willing to pay a monthly fee for service – in this case, up to US$ 1.55 - per month.

Licensing – The main challenge to the project’s continuance and scalability is licensing. Currently, the project is operating on an experimental license, issued only to those conducting scientific or social experiments. Once the experiment comes to an end and the license is revoked, the project will no longer have access to the licensed spectrum.

Accessibility – The project has struggled with issues related to terrain, experiencing implementation and transportation issues around hilly areas. Moreover, the remoteness of the areas they serve means that parts and equipment needs and replacements must be meticulously planned to avoid waste, as there are no local stores or stock for technical gear.

Electricity – The project struggled with irregular power supply in these areas as well as the potential of project-disabling energy costs. They have solved a great deal of these issues, however, by relying on devices and equipment that have very low wattage.

Community support – The IITB team has had to put some effort into educating the villagers about the common value and significance of the network in order to discourage them from stealing or vandalizing equipment.

Taking government-funded programs to the last mile is a need of the hour – The Government of India is working to improve Internet access; however, their plan – called BharatNet – is not as comprehensive as it was purported to be, according to the team. IITB’s project begins where the government’s leaves off, expanding the impact of the government-sponsored fiber optic initiative.

Community training matters – The project notes the limitations of providing formal training in digital literacy. They found that it was not enough to simply inform villagers of the myriad useful ways the Internet might improve their daily lives, mainly because this method does not lead to adoption. Instead, lateral communication from peers and/or first-person explorations have been major drivers of villagers’ Internet usage.