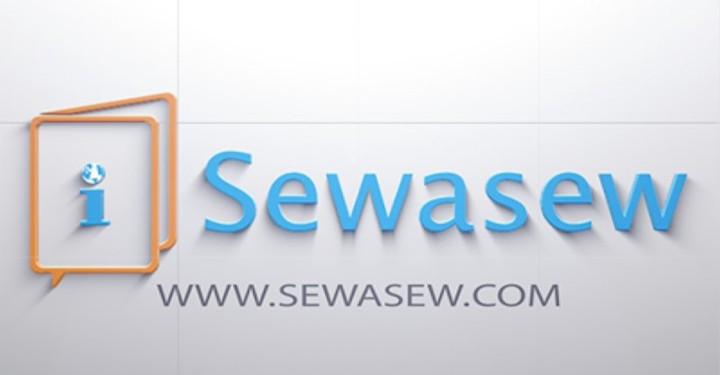 Sewasew enables users to curate and contribute content in their native language. It is named after the Amharic word for “ladder” and intends to provide an online content platform as a ladder to prosperity. The platform aims to deepen knowledge about various topics relevant to Africa, to connect users to one another, and to increase awareness about Africa. The platform hosts crowdsourced content in four languages: English, Amharic, Afaan oroomo and Tigrigna. As of 2017, the site has 30,000 articles that vary from tips on how to use government services, travelers’ guides for tourists, as well as information on local customs and culture. Sewasew aims to increase the locally relevant content on its platform through collaborations with local educational and cultural institutions, including the Addis Ababa University, the National Archives and Libraries Agency, and the Oromo Cultural Center.

Around the world, more and more people are coming online, which presents a new challenge to build meaningful, relevant, and easy-to-understand content that adds value to people’s lives. According to GSMA, a mobile industry association, around 55 percent of the web is in English, a language that the users who are now coming online do not speak. This is a serious challenge for creating a digitally inclusive world. A 2017 study by the Internet Society (ISOC) urged more local content in local languages, to engage both users and content creators, and result in more broadband adoption. In the same study, ISOC noted that there was not enough local content in Africa. There are about 1,500-2,000 languages in Africa, with 83 local languages and up to 200 dialects in Ethiopia. According to ISOC, most local languages are not supported major platforms.

Based on a 2014 study by Addis Ababa University, despite having the second-largest population in Africa, Ethiopia ranked 45^th^ in terms of local content by indexed web pages under the country code top-level domains (ccTLD). Amharic language, the official working language of Ethiopia, has also been one of the measures for local content. Wikipedia had approximately 15,308 articles and 1,600 images as of April 17, 2014, ranking Amharic 107^th^ by the size of articles out of 300 languages supported on Wikipedia. There is no official tool or reference to measure the size of blogs or tweets on the Ethiopian context.

Sewasew has two meanings in Amharic: grammar or the structure of language, and a ladder to prosperity to get to the next step in life. The name seeks to encode the desire to fill the gap around language, and make it easier for users to share articles in their native language. The platform aims to empower them with access to useful information. Sewasew hosts crowdsourced content available in four languages: English, Amharic, Afaan oroomo, and Tigrigna.

Sewasew is an easy-to-use and fully interoperable multilingual social network platform, where users can curate and share articles and content pertinent to Africa. It utilizes a patent-pending multi-language input tool, a language-agnostic search tool that allows searches in any language to return results in every language, and a user analytics tool that automatically to customize users’ experience based on their preferences. Users own their contributions and have an option to facilitate peer production of content. Users can create and add explanations on any topic, follow each other to keep track of favorite users and content producers, directly contact authors to request explanation of any topic, share articles within or across other platforms and social media sites, filter topics based on interest areas, send feedback to other contributors, modify or delete their own content, register, log-in, and invite other users to the platform.

Sewasew addresses a two-pronged problem. First, there is a lack of documentation and digitization in Africa. Either information is documented, or if information is documented, it is often not digitized. Africa is underserved by platforms like Wikipedia, and undervalued as an information and communications technology (ICT) market, so tools are not designed with African users, interests, or language diversity in mind. Sewasew is designed to rectify this problem by using a crowdsourced approach and a customizable user-responsive platform. Second, the platform seeks to resolve the problem of discoverability, in which language diversity has been the main obstacle. It is also designed to resolve the problem of input not completely accommodating local languages. Typically some aspect of the interface has to be navigated in English before it can be converted to a different language preference, but the Sewasew system enables top-to-bottom user customization in the language of choice. According to the Sewasew team, these design features differentiates them from other similar local content platforms.

The sustainability of the project remains a source of concern. Reaching out to donors is the first strategy; there is no monetization model in place yet. Sewasew partners with Addis Ababa University to mobilize scholars. They are also in the process of partnering with the National Archives and Libraries Agency, to archive and database content, and the Oromo Cultural Institute, to promote local language diversity.

As of 2017, the site hosts more than 30,000 articles. The most popular articles are related to health with a focus on home remedies, followed by articles on how to access government services as well as articles on customs in different villages and countries. The articles are practically relevant and help expand knowledge. Around 60-70 percent of the articles are written in Amharic, and the remaining articles are distributed relatively evenly across other languages.

Sewasew uses Google Analytics to keep track of user access statistics for the platform. Approximately 10,000 articles are viewed per day, but only around 1 percent of users are contributing content while 99 percent are only reading. The site has 3,000 registered users, mostly Ethiopians, but also sees a fair number of users accessing the platform globally – from other parts of Africa and beyond. There are currently 250,000 followers on the Sewasew Facebook page, which features articles to drive traffic to the site. Around 70-80 percent of users access the site from mobile devices, and the platform is designed to be mobile friendly.

Sewasew is working toward developing a monetization model to ensure the project’s sustainability. Some models being considered include approaching institutions committed to specific causes to sponsor content to promote an article of their own interest. They are also considering advertising-based revenue generation models.

Lack of sustained funding – The project is currently self-funded and in search of donors. Models for generating monetized content and sustainable funding for the project are being considered and developed, but currently there are no revenue streams in operation.

Regulatory challenges: Internet shutdowns – Internet access across multiple African countries is intermittent due to shutdowns as well as inadequate infrastructure. The platform is on the web, so it is only useful to the extent that Internet access to it is reliable. Improving Internet access overall is outside the feasible scope of the project.

Lack of affordable access – Internet is not only unreliable, but it is also very expensive where it is available. This contributes to the predominance of contributions in the official national language and from a relatively more centralized mainstream user base, rather than the geographically and linguistically diverse target users.

Lack of locally relevant and local language content – There is a lack of content in other languages. Most articles are written in the official language of Ethiopia, Amharic. But the platform is designed to host diverse local languages, and that functionality is not being exploited. Outreach to other language speakers has been difficult, mostly because it is expensive and there is a general lack of resources for the project. Most people only read the articles on the platform, but do not themselves contribute, and it has been a challenge to motivate users to actually contribute content of their own.

Tailoring platform to local ICT use preferences helps to promote use – Most people in the target user group access the Internet via mobile devices, so the platform greatly benefits from being tailored to best serve the target user population in a mobile friendly interface.

Outreach to local educational and cultural institutions is key to cultivate communities – Social media is a great way to reach out to potential users, but not completely adequate. The scope of the problem is extensive and its solution may be long-term and multi-generational. The Sewasew team organizes regular visits to educational and cultural institutions to introduce the platform and bring awareness to local content generation.