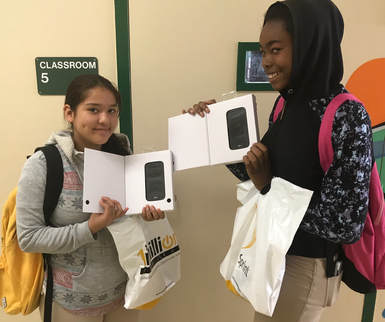 The city of San Jose, California, and the Kansas-based telecommunications operator Sprint partnered to provide free mobile hotspots and wireless Internet to help close the city’s “homework gap” in Fall 2017. As schools learn to incorporate hybrid-learning pedagogies, students need access to the Internet in order to complete their homework. The project identifies those in need based on whether or not they are eligible for the free or reduced cost lunch program, who do not already have Internet at home. They provide eligible students with a mobile phone or tablet as well as monthly Internet and voice services free of charge until they graduate. The project serves students at a total of 48 schools in San Jose so far, and aims to serve 10,000 students over the next five years.

Despite being the capital of Silicon Valley and the richest American city in 2015, San Jose, CA, also has one of the largest income inequality gaps in the country. Affordability became the main reason for unconnected areas. According to Shireen Santosham, chief innovation officer in the San José Mayor’s Office, a significant part of the population has an income of less than $25,000 a year. More than 12 percent of the city’s households, and more than 40 percent of the residents with incomes under $20,000, have no household Internet access – amounting to around 95,000 residents. This amounts to 100,000 being left out on the path to digitalization, a divide that cannot be overlooked and unaddressed given that the city is surrounded by wealth and technology.

San Jose’s Smart City Vision for an Inclusive City envisages opportunities for all businesses, organizations, and residents’ to participate in and benefit from Silicon Valley’s culture of innovation through “free or low-cost, high-speed, 1 gigabyte (GB) or faster broadband service in several low-income communities, and increasing access to hardware, including tablets and laptops, for low-income students.” The city, in partnership with the East Side Union High School District, launched free outdoor Wi-Fi services for students, their families, and other community members. It also partnered with Facebook to provide affordable or free broadband service at street level via Terragraph technology, potentially benefiting thousands of residents.

The project is based on an access model launched by Sprint called the 1 Million Project, which aims to close the homework gap among high school students by providing those without a reliable Internet access at their homes with devices and free high-speed Internet access. As a part of this initiative, Sprint partnered with the city of San Jose to serve under-resourced high school students. Students who do not have home access to the Internet are eligible for the program. Students are guaranteed 3 GB of high-speed LTE data a month on the Sprint network and unlimited data at 2G speeds if usage exceeds that limit throughout the students’ four years of high school. For students receiving a smartphone, the device will feature unlimited voice and texting while on the Sprint network. Internet service is provided to the device, rather than the household, free of charge. Additionally, every device comes with a safety filter that blocks adult content and malware, helping students focus on their studies.

Currently, the project serves students at a total of 48 schools across the San Jose Unified, Campbell Union, and East Side Union high school districts. East Side Union District has students from the most underserved communities in San Jose, with a high percentage of students who need Internet access. In one school in that district, Andrew Hill High School, 63 percent of students are eligible for the program. There are similar numbers for Independence and James Lick high schools, and many others in the district.

The project serves a total of 48 schools and will serve 10,000 students over the course of five years, providing them with devices (mobile phone or tablet, but not laptops) and Internet service. The project plans to expand the roster of devices on offer on the basis of which devices student predominantly use for homework, likely to include laptops.

Device maintenance – It is a challenge and a financial burden to keep back-up devices on hand to replace lost, damaged, or stolen devices.

Government involvement can be beneficial – To circumvent bureaucracy and streamline service the project’s coordinators found that it is pragmatic to collaborate with the government who are controlling the project’s implementation protocol for different sectors.