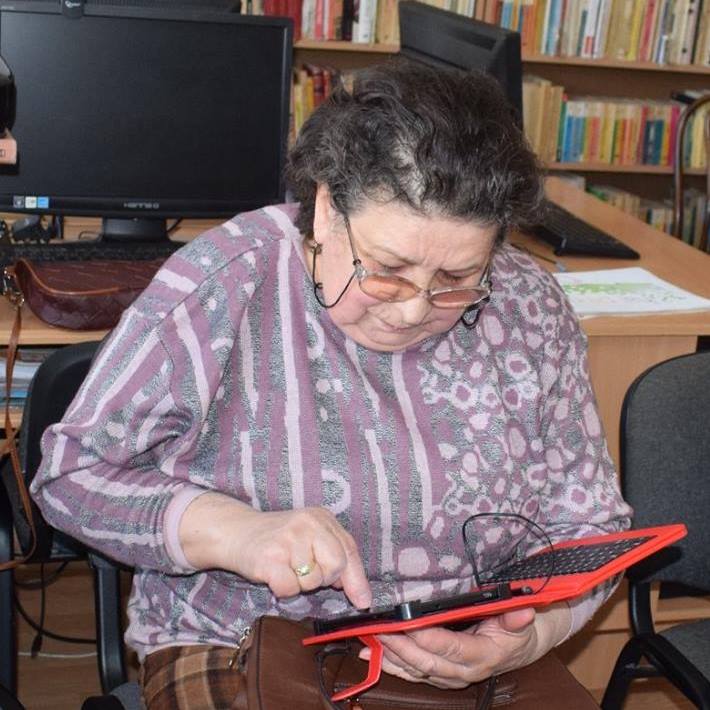 The Education Foundation for an Open Society Romania (EOS Romania) is a nonprofit nongovernmental organization (NGO) established in 1999. EOS focuses on reducing the digital divide by providing training and resources for those without knowledge of information and communications technologies (ICTs) to develop professional and everyday competences, with a three-year project focused on professionalizing caregivers for elderly people. While the initiative accomplished its basic goals of training care workers as well as providing legal framework and policy recommendations for the European Commission (EC), it has not developed a sustainable implementation. The project seeks to yield more robust, longer-term support from the national government based on recommendations from the European Union.

Romania’s elderly population accounts for approximately 15.4 percent of the total population of the country. Most individuals in this age-category have severely limited knowledge of digital technologies and the Internet. Over the years, the government has worked to increase digital literacy among the elderly. In every district of Romania, for instance, the government has enacted programming such as multiple-week sessions hosted in community and schools for the elderly to receive certifications in digital literacy. So far, the government has constructed more than 700 test centers across Romania. As of 2017, more than 200,000 Romanians have received basic ICT literacy certifications from these centers. The government often partners with civil society organizations to build a network of actors to engage with the elderly and augment their technological abilities.

In addition to longer-term programs, short-term initiatives have also been enacted. These projects, such as “Internet Week” and “Get Online Week,” promote digital literacy through events and seminars, and are supported by nationwide marketing campaigns. Yet, despite these efforts, only 41 percent of the elderly in Romania use the Internet, based on a 2016 report.

EOS’ pilot program had two main objectives. First, it aimed to improve the quality of life, autonomy and safety of elderly people (+65) through the integration of ICT into their lives. Second, it aimed to improve and diversify the mobility opportunities of care workers in the European Union. On that end, they focused on developing methods to train care workers by providing them with the necessary digital skills necessary that would enable them to achieve these goals.

EOS Romania’s pilot project was carried out under the Competitiveness and Innovation Framework Program - the information technology and communication (ICT) policy support section, in partnership with 14 other organizations from 7 European countries. The program received US$ 3 million funding by the European Union and matched by US$ 2 million in contribution by other partners.

The project achieved its intended objectives: to develop an effective ICT training program for elderly care, to develop a certification test that proves competence, and to provide policy recommendations to the European Union for dissemination to all 28 member states. The EU also accepted and mandated the program’s recommendation that ICT training be compulsory for all elder care workers. Currently, national governments are still in various stages of creating legal statutes to change professional eldercare along these lines.

Lack of incentives – The program did not include resources to incentivize participation. Careworkers in Romania are low-paid employees and often have additional part-time jobs to make ends meet. Attendance at the training sessions was unpaid extra work, and the required certification exam was a mere formality without professional benefit. For some, the free skills training was incentive enough, but for most, additional financial support or motivation would have been welcome as well as more helpful to the pilot program as it pursued its research goals. The program eventually decided to allow the participating careworkers to keep the provided tablets, which somewhat increased participation in the training, but did not have as large an impact as compensated participation would likely have.

Unwieldy user interface – The training platform developed by the program was not designed with the novice user in mind. Many, including administrative staff, complained that the portal was unnecessarily complicated to navigate and not user-friendly.

Internet speeds – Romania has a low level of digital literacy and Internet access relative to its fellow EU member states. The 3G- and 4G-capable tablets were/are necessary, as most elderly users did not have Internet connections.

Government involvement is helpful– The project leaders noted that they regret not maintaining closer involvement with local government officials. Since the aims of the project were to create EU policy recommendations, the eventual realization of the policy will rest on these government representatives. A closer, collaborative relationship with those upon whom the responsibility of implementation will rest is important to maximizing impact as well.