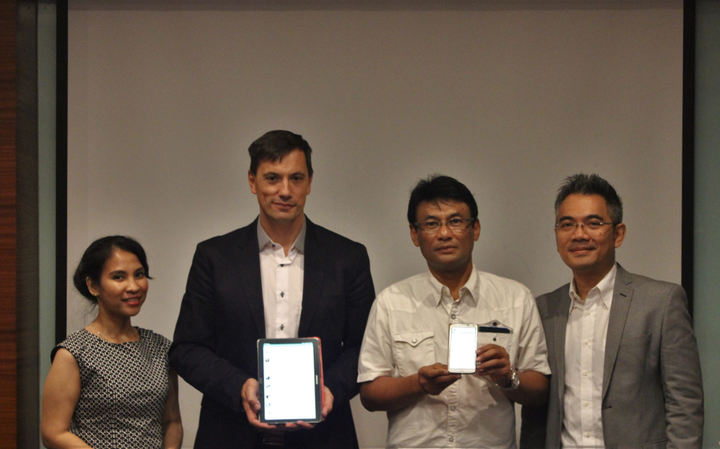 DoctorGratis is a mobile phone application that allows users to message securely and promptly with a physician about their health issues. The application is in use in five countries (predominantly Indonesia, and also India, Nigeria, Ivory Coast and Cameroon). The application launched in Indonesia in 2010. Since then, it has been downloaded approximately 2 million times. Most traffic comes from Indonesia, where the application currently fields between 400-600 consultations per day. DoctorGratis contracts with local physicians, training them and arranging for rotating shifts such that any time a patient utilizes the application, a physician is available to answer within a few moments. The application features secure messaging, photo capability, and the option for patients to remain anonymous. DoctorGratis is free for users, and the company is currently exploring ways to monetize their service. The application gets most use from people aged 18-25 and 32-40; both men and women use the application, and the most common health issues discussed include sexual health and wellness concerns as well as child health problems.

Like other south-east Asian countries, Indonesia suffers from a shortage of doctors. Indonesia has two physicians per 10,000 inhabitants, whereas the US has more than twenty. Furthermore, physicians and other medical staff are disproportionately concentrated in the city, leaving rural populations isolated and lacking medical care. At the same time, the burden of disease in Indonesia is shifting from infectious conditions to include more non-communicable ones as well. Indonesia has recently committed to providing universal healthcare to its population by 2019, and in order to tackle these shortcomings, a creative approach must be applied.

Mobile technology is poised to play prominent role in interventions designed to increase access to low-cost healthcare in Indonesia. Cell phone ownership and literacy is high. The capital city of Jakarta is colloquially known as the “Twitter capital” of the world, as it boasts the highest number active users of the social media platform. The average Indonesian spends nine hours per day interacting with a smartphone, tablet, or TV screen - the most screen time of any country surveyed. The fact that Indonesia’s passion for mobile technology is both an opportunity to improve health and a risk factor for the increasing rates of non-communicable diseases is not lost on policy-makers and businesses. Smartphone applications like Alodoktor, which provides concise, patient-friendly articles on different health ailments as well as tools for appointment booking have exploded in recent years. Despite improvements in healthcare literacy, the communication gulf between patients and healthcare practitioners remains.

DoctorGratis is an mhealth application began in Indonesia in 2010 that allows users to chat with a physician, share their secure medical profile, and receive advice about their medical issues. Patients use an in-app messaging service equipped with photo capability to speak with a physician; physicians can answer questions on preventive medicine, reassure patients their issue does not merit immediate medical attention (thereby saving the patient time and money accessing care), or advise the patient that they should in fact seek treatment. A physician is dispatched to speak with patients within a few moments of a patient initiating a chat. The consultation proceeds synchronously so that the patient’s concerns can be addressed in a timely manner and the physician’s time is utilized most effectively - thus, the patient has to be connected to the internet.

DoctorGratis contracts with approximately 40 physicians in various specialties to provide this service, including family practice, women’s health, travel medicine, and more. Doctors work in rotating shifts to ensure coverage at all times, 24 hours a day, seven days per week. Shift-work allows physicians the flexibility to manage their other clinical duties. Physicians who contract with DoctorGratis are trained and evaluated with several mock consultations where another physician role-plays as patient. Physicians who pass and begin work with DoctorGratis are then audited periodically by their colleagues in a systemized, blinded fashion. DoctorGratis also collects anonymized metrics on each patient-physician interaction, such as time to physician response, amount of time spent in consultation, patient satisfaction rating and the physician’s rating of the patient.

DoctorGratis is currently free for users. The company has partnered with several mobile phone firms to pre-install the application on several models available for sale in Indonesia before they are purchased by consumers. DoctorGratis is now considering different options for monetizing their application.

DoctorGratis currently fields between 400-600 consultations per day in Indonesia, and is in use also in India, Nigeria, Ivory Coast, and Cameroon. The heaviest traffic is on weekdays, in the early morning and evening, with lower volume on the weekend. According to the application’s metrics, users approximately 50% male and 50% female, with a bimodal age distribution: the app is most popular with 18-25 year-olds and 32-40 year olds. The most frequently raised concerns in the younger group include questions about sexual health and wellness. For these questions, the DoctorGratis application features the option for users to remain anonymous that has been very popular. In the older age group, many users have questions about their children’s health, or minor concerns like dermatological issues. However, at the same time, DoctorGratis reports that a surprising number of users get quite ill before utilizing the application, and physicians advise them to seek care quickly.

DoctorGratis also undertook an impact evaluation study in partnership with the government of Indonesia and Philips to examine the application’s effect on maternal mortality. Philips provided local midwives with a basic medical supply kit, which the midwives used to assess pregnant women and refer them for additional care should their pregnancy require it.

It is challenging to meet such high demand – DoctorGratis has been very successful in marketing its application and attracting users. As they grow, they need to hire more and more doctors, their biggest expense. Some doctors are not interested in dividing their time between the clinic and an application. And there is a shortage of physicians in emerging markets to begin with - an impetus for creating the application in the first place.

Potential to monetize via SMS, e-wallets – According to DoctorGratis’ research among its users, many patients would be willing and able to pay a small amount for the service. However, the average user does not have access to a credit card, Apple pay, or similar options. One alternative DoctorGratis is exploring are e-wallets, or SMS wallets. An existing example in Indonesia is a company called Kojak.

Changing the culture around the consumption of healthcare – Although many people are reluctant or unable to access conventional healthcare in Indonesia, the prevailing consensus is that the way to address your health concerns is to go see a physician in person. DoctorGratis says there must be a cultural shift such that receiving advice via telemedicine channels becomes more normalized.